Interview with Christian Veske, officer responsible for engaging men in gender equality at the European Institute of Gender Equality (EIGE). 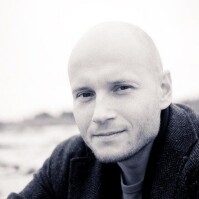 1. What initiatives are being carried out at the European Institute of Gender Equality to involve men in the fight for equality?

The European Institute for Gender Equality (EIGE) started to work with the issue of men and gender equality in 2010 when expert meeting on men and masculinities took place in Vilnius. Since then had not been yet a discussion on how to frame the area of work it was called men and masculinities. Following the meeting a study was launched to identify men’s involvement in gender equality in European Union. As part of the study information on the organizations working in the field of men and gender equality was gathered. This information was also made available in our web based database.

Another milestone in involving more men in gender equality is when EIGE joined the White Ribbon Campaign. This is a campaign focusing on men’s involvement in standing against violence against women. Our goal from the beginning has been to reach out to notable men across Europe and beyond so that they would join the campaign and say their word against violence.

2. On a European level, what pro-equality work initiatives with men would you stand out? Would you highlight any best practices?

It is very exciting to see the establishment of MenEngage Europe. This marks the beginning of more solid networking of pro-equality men’s organisations in Europe. I know that it is still in initial phase, but they have great ambitions. Important factor also is that they plan in working together with women’s organisations. Also, I am happy that EIGE has a good history of co-operation with them. We have had many discussions with them and they were of great support for us with their expertise in the White Ribbon Campaign last year.

3. The actual situation in the different countries within the European Union is highly complex. Do you consider that there are considerable differences between northern and southern Europe in terms of incorporating men into equality policies? Where are the gaps at this level?

You are right in saying that situation is complex. However, I would not draw the lines between north and south. I believe there are many more factors in place. It is true that we hear most from Scandinavian countries in terms of men’s involvement in gender equality, but this is not the full story. For example your own organisation is a great example of men’s involvement and you are doing impressive things. There are small organisations, projects and individuals across Europe working in the field of men and gender equality. I think more networking and co-operation is needed so that information on what they are doing would get around.

4. What are the European Union's main challenges in terms of inequality between men and women?

At EIGE we work with the issues of gender inequality on a daily basis and it is difficult to create hierarchies on what is more important as far as topics are concerned. I believe that all sorts of structural inequalities are detrimental for the development of the society.

However, if you ask about the challenges then I think it is important that European Union and its Member States will stick to their commitments and also take new ones. Challenge is to make people understand that inequality has a high price. It may seem tempting and relatively easy not to deal with the topic or work less with it, but this way of thinking will backfire sooner or later.

5. A while ago during the white ribbon campaign that EIGE joined, "16 days of activism against domestic violence", you mentioned that men should be empathetic and carers. Are these really good antidotes to domestic violence?

I believe all sorts of violence is connected, nothing happens in isolation. In the context of violence I think it is important to remember the obvious – most men are not violent. They don’t like violence. It is also important however that from very early on we give boys the possibility to understand their emotions, to talk about their emotions. Traditionally this has been neglected. If men don’t know how to deal with the emotions it may have tragic consequences both to men and women. On the other hand if we teach to boys as well how to be caring and empathic – what harm could come from that? It teaches them positive communication skills.

6. You have also previously mentioned that European men have to be against domestic violence. Is violence a male thing? How is it possible that violence against women continues in societies that have equality as the fundamental principle of living together?

I think all men, as well as all women should be against violence, no matter where it happens. Violence in most of cases is a male thing – most of perpetrators are men. Now, if we focus on intimate partner violence then most of victims are women, most of perpetrators still men. There are many reasons for this, but I would like to point out only couple of these here: stereotypes and role models leading to poor communication skills and the sense of privilege and entitlement.

As I told earlier, boys in schools and in their families are quite often not taught how to deal with their emotions. They are not taught of empathy, rather they are taught of dominance as the great ideal.

If no one has taught you how to deal with your emotions or how to solve a interpersonal problem what do you do when confronted with it as an adult? There are many ways how a person may react – violence is the most immature reaction.

The other reason that I pointed out is the male sense of privilege. Masculinity researcher Michael Kimmel has written much about it.

7. Regarding younger men, do you believe that there have been significant changes in constructing masculine identities? What remains of the old models? What has changed?

I believe that there have been changes in constructing one’s masculinity. However, we have to bear in mind here again that it is happening in different speeds and in different forms in different cultural and societal settings.

As from the personal experience I can speak of Estonia. Men in my generation have already constructed their masculine identity using different tools in comparison to my father’s generation. Now, if I look at the younger generation the social settings and expectations are again different. For example, nowadays in Estonia it is widely expected that a man takes part in child rearing. That wasn’t the case 20 years ago.

The other thing to remember is that identity creation is something we do constantly. Building masculine self is a continuous process and it is important also to teach men about it. The frustration in men may quite often come from the feeling that they do not correspond anymore to the expected masculine norms, they feel displaced. In essence it means that they have built their masculine identity in a rigid form. That holds them back from being happy or makes them fill the emptiness with either things or activities that may be harmful to them just to prove themselves – be it overworking, intoxication or un-necessary risk taking.

As I mentioned earlier as much as I know of Emakunde I am very impressed with what you are doing, especially courses that you have held. I think it is important to have hands-on approach and really to speak to men in their own language and setting.

I don’t think there is anything I would leave out from the programme. Everything has been designed because there has been need for it. What one constantly has to do is reflect the realities and redesign things according the existing needs.

9. Are you optimistic about the future? Or pessimistic?

I am generally an optimistic person, so I am also optimistic when it comes to equality issues. Sure, there is backlash in some areas, there are heated debates and even fights, but in the end I believe in people. At EIGE we also for the first time formalised our approach in involving men in gender equality. We presented it to our Management Board at the end of 2014, had few remarks and made some adjustments. Now it is only to move forward by involving more men in gender equality issues.